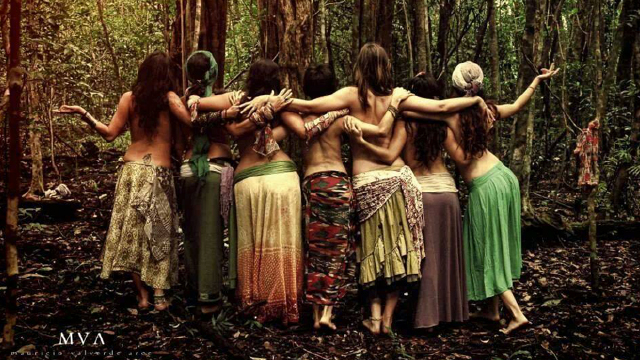 It’s been over a year since I wrote my first blog about women’s gifting circles. After leaving these circles, I’ve been fascinated to see how much they still linger around me; I’ve witnessed how they’ve caught some dear friends of mine into their web of sweet, secret seduction.

Writing this has not been easy by any means. I know this may create a stir for many who read it, as it did when I first posted my blog back in 2016. It’s important to understand that my writing doesn’t come from a space of naming or shaming, rather it comes from a place of deep concern for the female friendships I treasure so deeply.

I feel very strongly that these circles can spread a cancer of lies, illusion, and manipulation – a new ‘Spiritually Transmitted Disease’, as I see and understand it. While I know it’s not possible to stop these circles (which is not my goal), it is my intention to share the truth.

These circles prime their members into believing the power of manifestation and positive thinking can override any of the emotional, mathematical and legal realities of the scheme. It exploits genuine spiritual values through secrecy and exclusive membership.

I share this truth based on my own experience of being in this dynamic, where I’ve been affected by the damaging ripples left in its wake. I was not ready to share it in my earlier post out of my own fear of shame and did not want to upset the apple cart any further. 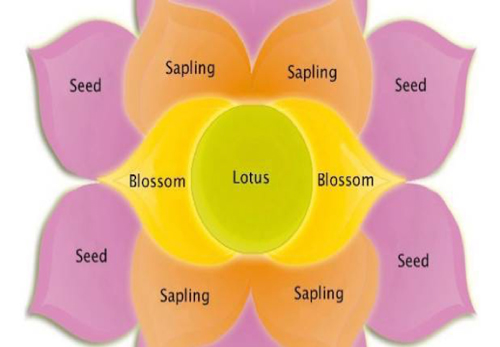 Women pay a “gift” of $5000 when they start as a ‘seed’, before moving on to ‘sapling’. After reaching ‘blossom’, they finally achieve ‘lotus’ status – which is when you receive a $40,000 payout from eight new seedlings. If no new members are invited in, the circle collapses and so many do. I walked away from this when I was in blossom phase after finally realising what I was caught up in.

I was asked to sign a document stating the money is “a gift and not an investment” and that I “expect nothing in return”.

We received regular coaching on how to invite others into the circle; we would meet several times a week via private chat rooms, Skype or by phone to discuss life, spirituality and personal development. All the while these calls were designed to help you become better at holding an ‘invitation call’ or in a simpler word: Recruitment.

This utopian dream sounded too good to be true. Yet I found myself joining unreservedly because of the incredible women who were already a part of the tapestry. I was also sponsored to join the circle, so I didn’t have to use any money of my own to join. This means that there are people who back other women into the circle with the full amount and when you become a lotus you get $20000 and give the other $20000 to your sponsor/ backer. For many other women, they borrowed money, took loans and in some cases sold things in order to join a circle. The hope was that they’d get that investment back once they became Lotus and ‘birthed’.

Once you join, all of your female friends become potential   ‘seedlings’. I was encouraged to say lots of nice things to my friends – even to people I had not spoken to in years. I felt like my friendships were reduced to commodities – an asset to trade on in order to get more money into the system. The goal was to profit from them joining and I have lost dear friendships because of this.

I was told not to talk about circles in public places, to keep all documents private, not to invite women from the legal professions, and only invite by telephone or in person.

My first Blog on circles generated much interest and I was contacted by numerous women from New Zealand, Denmark, and Bali, where these circles have grown and spread like wildfire. Most of these women had either left the circles, others had got their money back and in most cases, many had seen their circles collapse with their “I expect nothing in return gift”.

I’m no expert on maths or statistics, yet after doing my research it was clear that only 12%-14% of those who buy into these schemes ever see their money back. The far more likely reality is that you will lose your money. Even if you do receive money back, you will have profited from the those 86%-88% of women who lose their money.

It was this last part that really left me with a nasty taste of poison in my mouth. It was the reason why I left the circle in Blossom phase: I didn’t want to be the one that walked away with x amount of money, knowing that it was at the expense of many other women who wouldn’t make it to Lotus status and would lose their investments.

This organism needs a strong, determined, well-connected and persuasive woman to keep multiplying. It is so well laced in spiritual jargon that there is no room to question whether it’s anything else other than a pure-hearted women’s gifting circle. Yet all the while, its design is the oldest archetypal pyramid scheme of multi-level marketing.

I was told not to do any research. When I did try and discuss the legality of it, or even the ethics, I was shut down and told that I was bringing fear into the group.

“They offer an alternative to the current economic model, which many women perceive is not helping them. They say it operates on spiritual and not economic principles – “women supporting women” in a sacred sisterhood that lives by the universal Law of Attraction” – Nina Hindmarsh

I was enrolled in the circle, believing it to be a new economy we were creating – where I was told to look at it like a microloan or investing in a course of personal development.

Yet the more time I’ve spent researching and witnessing the stories around me, the more I see and feel it as a dark, breathing entity disguised in angel wings.

These circles prime their members into believing the power of manifestation and positive thinking can override any of the emotional, mathematical and legal realities of the scheme. It exploits genuine spiritual values and circles, through a thinly veiled new age language that discourages free thought and divides communities, through secrecy and exclusive membership.

The thing that really upsets me about these circles is the high level of secrecy. These circles have left some of my personal relationships with women in stress and disharmony – where I’ve watched others bad mouth me after leaving the circle. And it continues to pour into the meditation retreats and ‘real’ circles I work in, leaving me feeling even more upset.

I feel our true spaces are being deeply poisoned. I’ve seen women, after my retreats in Denmark, approaching other women in their vulnerable spaces – offering the gifting circles as a solution in their new paradigm.

I feel very strongly that these circles can spread a cancer of lies, illusion, and manipulation – a new ‘Spiritually Transmitted Disease’, as I see and understand it. While I know it’s not possible to stop these circles, it is my intention to share the truth.

I feel such a strong calling to protect these spaces by writing about it; I want to let people know that these gifting circles are operating underground and are clever, well-disguised and persuasive.

I was told not to talk about circles in public places and to keep all documents private. I was told not to invite women from the legal professions and only invite by telephone or in person.

One woman from Australia said she was always uncomfortable about the secrecy of these groups.

She said it reminded her of abuse: “The reason abuse continues is the secrecy; people are too afraid to speak out. There’s the big elephant in the room and no one talks about it.”

I’ve also seen how the work involved led to my attention being diluted. If you’re in more than one circle or smaller ones (known as fractals – gifting circles that require less money to join), you’re always on the phone, needing to make a call or be part of a process – where your valuable time goes to this system.

I’ve seen women quit their jobs and stop working. In the time I was a part of it, I stopped working too – thinking that my time would be rewarded by getting to Lotus. All my time was spent having conversations with women every week via Zoom, smaller weekly group meetings and constant emails to connect with everyone. I found this very difficult and with two young children, it was even less achievable.

The other thing that leaves me feeling uncomfortable is the negative and patriarchal form of pyramid schemes – based on unsustainable exponential growth. This is a system that exploits women by focusing on taking resources from the many and giving it to the few, with a requirement for secrecy and lies to work.

It distorts and corrupts the spiritual principles that it stands to uphold, including integrity, sisterhood, empowerment, generosity, abundance, consciousness and inclusiveness.

Alternatives do exist. You don’t have to pay money to be a part of a women’s support group. Many are out there that don’t charge anything, or perhaps ask for a nominal fee to pay for space rental. This removes the financial burden on yourself, the strain on your friendships, any possible legal action and still allows you to benefit from the strength, support, and integrity of your fellow women.